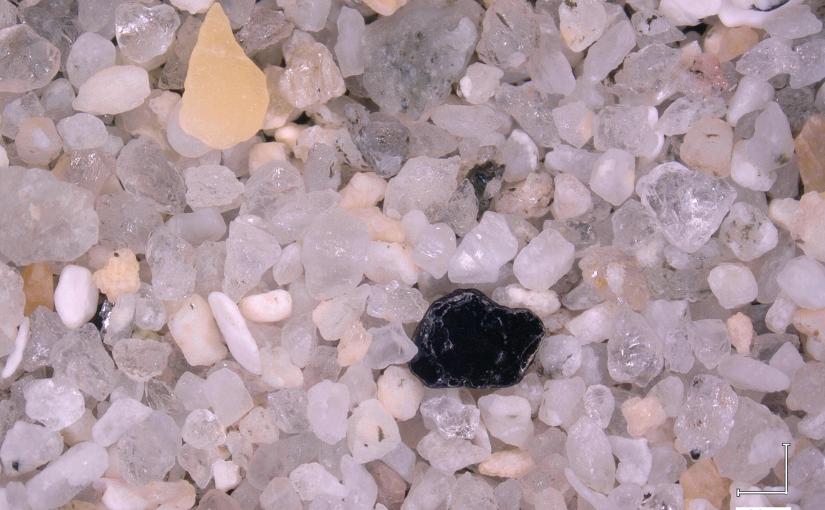 This week, we have sand from the beach at Le Vourc’h near Porspoder in Brittany, France.  I just returned from a two-month research visit to IFREMER in Brest, and while I was out there I was fortunate enough to rent a car and tour the countryside.

The beach appears to be mostly white quartz sand, but this sample had a single mysterious black grain, sticking out of the picture like the monolith in 2001: A Space Odyssey.

When I visited in November, the rocks surrounding this beach were being absolutely pulverized by massive waves, and this was only during a “minor” storm.