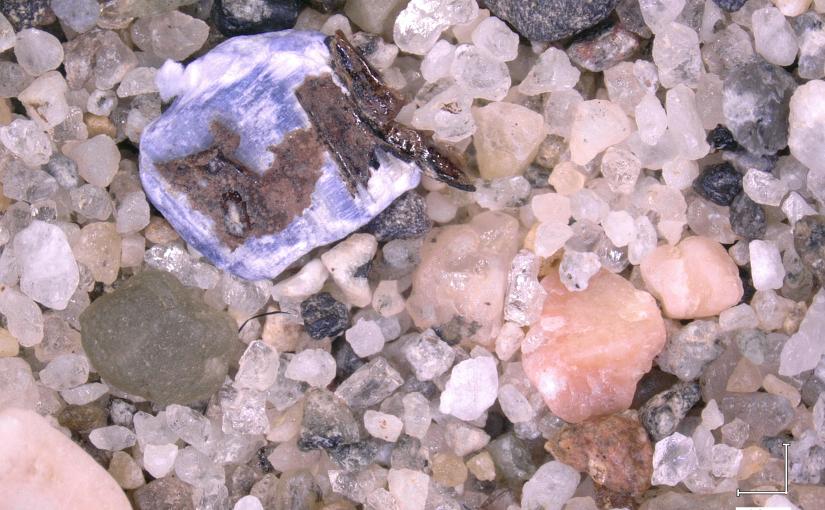 Vancouver holds a special place in my heart.  I was born out there, and even though we moved away when I was very young, it has continued to re-emerge in my life.  In 2011, I moved out there after a difficult breakup and the city breathed new life back into me.  While there, I discovered a new vocation in hydraulic modelling for predicting floods, something that I am still doing to this day.  I have returned to Vancouver a number of times since then, since my brother and a surprising number of my closest friends have ended up out there.  I hope to return this September for a wedding!

One of my favourite parts of Vancouver is walking its coastline.  The city was built on the edge of a large fjord, but has a variety of coastal landscapes, from towering cliffs to sandy beaches, mud flats to salt marshes, and of course a number of urbanized shorelines.

Even though I am in the Netherlands now, I am trying to keep my Vancouver connection alive through my work.  Last year, I co-supervised a fantastic group of TU Delft students who worked with Kerr Wood Leidal and the University of British Columbia (UBC) to investigate the erosion of the Point Grey cliffs, on which UBC is situated.

The project was an interesting one, as the students (representing three different countries) tried to bring their lessons learned about Dutch coastal engineering to Canada.  Canadian coastal zone management is much more fragmented than in the Netherlands, where everything is more or less centrally controlled by the federal government.  The entire Dutch coastline is also incredibly well-monitored, with high resolution bathymetry taken every few years, and with countless other measurements available.  Acquiring the data necessary to perform a coastal engineering study in Vancouver required contacting dozens of different sources and dealing with numerous agencies at multiple levels of government.

In the end, the students looked at a number of possible solutions for slowing the coastal retreat, including sand nourishments and revetments.  One of the most intriguing concepts that they explored was the idea of a clam garden, a traditional approach from the First Nations people living on the BC coastline.   Originally intended for aquaculture, clam gardens are usually small rock walls placed along gravel beaches, behind which where clam-friendly sand or mud can accumulate.  However, this approach could have added benefits for coastal protection by attenuating waves and encouraging the deposition of sediment.  In many ways, it is not that different from the Dutch using brushwood dams to reclaim land in the Netherlands or my colleagues using similar structures to rebuild mangrove habitats.

In Canada, the involvement of First Nations in coastal planning is becoming increasingly important (as I think it should be!), and there is a lot that science and engineering can benefit from their traditional forms of knowledge and experience.  Building with nature instead of fighting against it has recently become a popular design philosophy in coastal engineering, and who better to have as allies in that task than the people who have been living with and building with nature already for centuries?

The Delft-Vancouver connection continues: right now we have a group of five students investigating coastal protection solutions with Kerr Wood Leidal and the Tsleil-Waututh Nation.  They have already been out there for a month, and I am excited to see what they come up with!