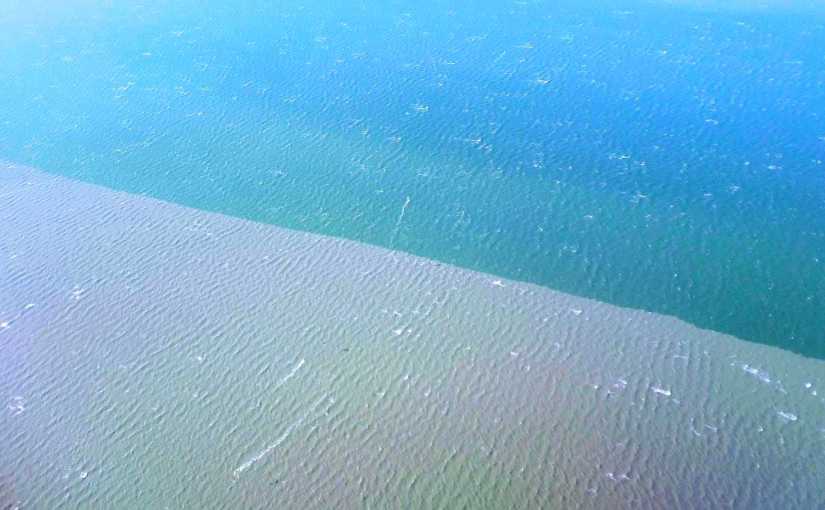 What pathways does sediment take as it travels through an estuary?  Yesterday, Laurie van Gijzen defended her thesis, entitled “Sediment Pathways and Connectivity in San Francisco South Bay“. Laurie is one of the master’s students that I supervise, and she has done a great job on this project.

San Francisco Bay is a massive estuary, with over six million people living nearby.  In addition to San Francisco, Silicon Valley sits on its shores.  Some of the biggest tech companies in the world like Google and Facebook have their head offices right next to the Bay.  For over 150 years, the ecological health of the bay has deteriorated, in part due to land reclamations and contaminated sediment from gold mining. The dynamics of San Francisco thus have a huge economic, social, and environmental impact.

Laurie’s work focused on calibrating and improving a sediment transport model of the bay, in order to track the pathways of fine sediment (i.e., mud).  She worked with a notoriously fickle model (DELWAQ) and succeeded in greatly improving its calibration.

Another cool thing about her work is that Laurie was the first person to apply the coastal sediment connectivity framework that I have been developing!  She was able to use this to identify key transport pathways and critical locations in the bay. It was extremely helpful for my research, as it gives us a proof of concept that our framework is applicable to multiple sites and can tell us something useful.

Her work was also accepted for a presentation at the NCK Days conference, which was meant to be held this week in Den Helder, but was cancelled due to ongoing societal chaos. Great job, Laurie!